Home for the largest Uranium deposits in the world, the headquarters of Dr. YS Rajashekar Reddy district, Cuddapah (now known as Kadapa) is located in the southern region of Andhra Pradesh, called Rayalaseema that means the land of the royal. Cuddapah is located 325 km south from Hyderabad. It is the heart of the Rayalaseema region.

“Cuddapah” means “the starting point” in Telugu. It acquired this name with its relation to the Tirumala Hills; one had to pass through Cuddapah in olden days to reach Tirumala Hills. The city serves as a reminiscence of the empires of the Chola’s, Vijayanagaram and also the British. 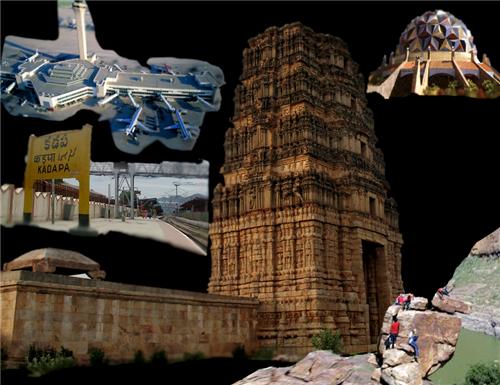 Temples, Mosques and Churches all the way from the 14th century to the ones built in the 21st century Kadapa city has many places for the pious to keep themselves involved. With a great hike in the urbanization of the city since 2004, the city is being celebrated as one of the most prominently growing cities of the state. It is being modernized gradually with all the perks of urban lifestyle.
Let’s dive into this mystically beautiful city that is enjoying its adolescence, through this guide!

Cuddapah has been under the rule of different kingdoms from the 11th century to the 20th Century. The Chola Empire, which was an epitome of vast dynasties from South India, ruled this place during 11th Century to 14th Century.  The Vijayanagara Empire has later ruled this place after 14th century. Later the city has fallen under the jurisdiction of the Nawabs (Muslims of Golconda). And subsequent to the British’s conquering of India, Cuddapah has also seen the colonial governance of the English from 1800 C.E. Hence diversified doctrines have ruled the place.

“Cuddapah” is now known as “Kadapa” considering the local pronunciation. With a population of 3.45 lakhs and an area of 164.08 km2, Cuddapah is one of the most prominently growing cities in the Southern region of Andhra Pradesh. The newly operational domestic Airport and the rapid urbanization in areas like Tirupathi road and Madras road depict the growing modern lifestyle of Kadapa. The City is pushing itself into the line of today’s world that’s being buttressed by urbanisation.

The City is in between the Nallamalla and Palamuru hills lying on the tectonic landscape being sandwiched between the Eastern and Western ghats. Black and Red ferruginous soils occupy the region. The Distance of the City from the sea shore is approximately 190 km. It is embellished with many natural beauties including the majestic presence of Penna river.

For more about the Geography of Kadapa, click here

If you are planning to tour Cuddapah or Kadapa, you are surely going to cherish diverse experiences. Ranging from the adventurous experiences of the Gandikota region to the sufiana feel of the Ameen Peer dargah, Kadapa is waiting eagerly to thrill you. You can choose to spend a youthful, adventurous trip or a spiritual holiday or even a perfect blend of adventure, religion and rejuvenation. The geographical location and the Historical reminiscence of different empires attract tourists from many places. The domestic airport and the well-connected road and railways to the city flourish tourism. 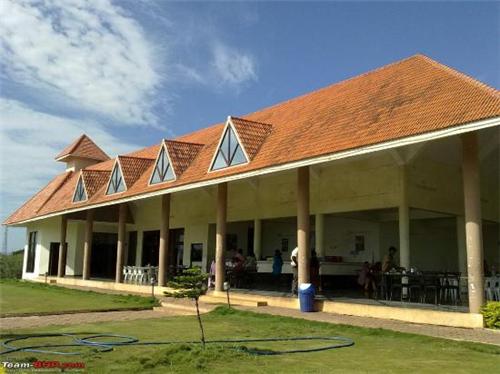 The spicy culinary habits of Kadapa are well known in south India. The significant diet of the region is parboiled rice with curry since paddy is the major agricultural produce. Along with the mainstream south Indian dishes like Idly, Dosa, Sambar, etc., Kadapa offers few uniquely delicious dishes like the “Ragi mudda (finger millet rice)”.

People and Culture in Kadapa

The people in Cuddapah are a bit conservative. They are slightly disinclined towards the adoption of new ideologies. However, the rich vividness of the native culture and traditions are nothing less than mesmerizing.

When it comes to the attire of people, men wear regular trousers and shirts but there is a profound affinity towards wearing white clothes among the prosperous communities (At least most movies in the south depict this style). A women’s usual garment is Sari. Salwar kameez and chudidhars are also worn.

Click here to discover more about people and culture

Municipality of Kadapa was established in 1868. It was converted to a Corporation in 2004. The total income of the municipality is 30.80 crores. It is one of the largest municipalities in the region of Rayalaseema with an area of 168.08 Sq km under its administration.

Kadapa Basin is blessed with many important minerals like limestone, Barytes and Kaolin, etc. The rich mineral deposits have made this place a treat for the mining industry in Andhra Pradesh. According to a geological survey, there are about 3,000,000 tons of lead, 74,000,000 tons of barytes are present in this region. Recent discoveries of the most precious minerals like the Fullerene and Uranium has attracted a world wide attention. 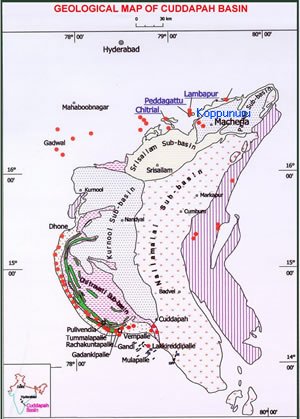