Kadapa is a small yet a beautiful city in the south Indian state of Andhra Pradesh. The city is an interesting place for prehistoric temples and archeological museums. The city has historical significance and has loads of attractions that mesmerize the tourists. The culture of the city is lively and you are sure to make memories for life when you tour this city. Bhagavan Mahavir Government Museum is one of the attractions that you would not choose to miss when you are in Kadapa. 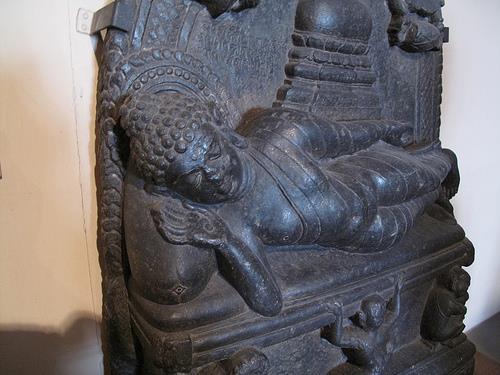 Established in the year 1982 by the then Government of Andhra Pradesh, the museum is a place where artifacts of the primeval age are stored. The establishment to set up this museum was sponsored by a Jain businessman. That’s why the museum is named after the Jain deity Mahavira.

The priceless collection includes antediluvian stone sculptures, bronze icons and primitive inscriptions. The artifacts give a glimpse in to the ancient civilization of Kadapa. All the idols in the museum date back to some period between 5th and the 18th century AD. The museum also has pieces of art and architecture belonging to the Jain religion. All of the important artifacts, idols and other antiques put on display in the museum were found during the excavations carried out by the Archeological Department of India in the Cuddapah, Kurnool and the Hyderabad districts.

Once inside the museum, one can see the sculptures carved on the granite stone, icons made of metals like bronze, figurines made of clay and tables that have inscriptions and scriptures carved on them among others. The artifacts, architecture and other display items have been collected from areas like Kolathur,  Poli, Mantamapampally, Thimmayapalem, Gundluru, Attirala and Nandalur.

Some of the mythological collections include the idols of Lord Shiva, Lord Hanuman, Lord Vishnu and Lord Ganesha. The Lord Shiva idol is seen with River Ganges flowing from a his side rather than the top of his head, then there is the idol of Lord Hanuman who has his hair tied in to a braid, the statue of Lord Ganesha whose feet looks like a face of an elephant. All the idols are made of either granite or of limestone.

The Bhagavan Mahavir Government Museum is located in the Railway colony in Kadapa. The address of the museum is as follows:

Museum is open for visitors of all age from 10:30 in the morning till 5 in the evening Monday through Thursday. The museum is closed on all Fridays, Saturdays, Sundays and other national holidays. Entry to this museum is free and photography of the idols or artifacts in allowed only with permission.

If you are looking to know a little bit in depth about the ancient history of Kadapa and its surrounding places, then Bhagavan mahavira Government Museum is the place to be. The trip to this museum will not disappoint you. It will rather make you understand and gain information about the per-historic Kadapa.