Ruled by Kakatiyas and Vijayanagara kings, Pallavas, Nizam Nawabs and Telugu Cholas, Kadapa has developed a rich culture of its own. People of various ethnicity live here peacefully. As a result one can witness various festivals, rituals and customs in Kadapa. Although the people are still not very open to the new ideologies and follow conservative approach, but with the development of the place things are changing day by day in Kadapa.

People of Kadapa are simple, hospitable and very hard working. People of Kadapa belong to different religions including Islam, Hindu, Jainism, Buddhism and Christianity. Due to his rich historical past, one can also see a dominance f Buddhism and Jainism in the culture of Kadapa. A Chinese traveler namely Huen Trang, gives clear existence of nirgantha heretics (Jain) and Sangharams (Buddhist monasteries) through his travel in 7th century AD in Kadapa. Muslims are known to have their existence from fourteen century, while Christians came at last in the first half of eighteen century only.


Festivals and Events of Kadapa

Having a population of different religions itself means a lot of festivals to celebrate. Most of the Hindu festivals including Holi, Diwali, Raksha Bandhan, Sankranthi, Dushera etc. are celebrated here with a lot of zeal and passion. Ramzan and Eid are celebrated at  the same pace among the people of Muslim community. Many south Indian festivals including Ugadi and Ursu are also celebrated with a lot of keenness and eagerness. Christmas is also celebrated not only among the people of Christian community but also among others with the same enthusiasm and gusto. 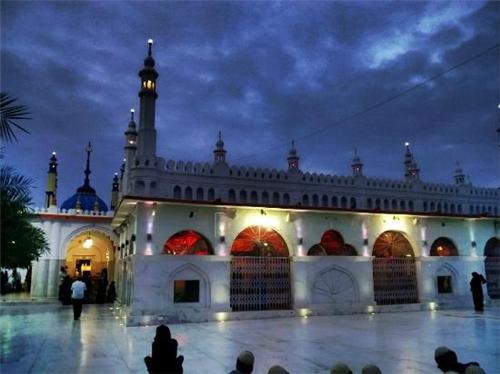 Language and Literature of Kadapa

With the rapid urbanization of the city, most of the people prefer to wear shirt and trousers in their general uses.  Most of the affluent people of the area like to wear white shirt mostly. Unlike men, women have many options in their daily wear including Salwar kamiz, Churidaar and Sari. Sari and Salwar Kamiz are the most popular among the population here, although Churidaar and some western wear including Jeans and Top are making their way slowly in the fashion of Kadapa.