Kadapa city is located at 14o-29' N Latitude and 78o-50' E Longitude about 412 kms from Hyderabad, in the Rayalseema region of Andhra Pradesh.  The city is situated in the Bugga or Ralla Vanka in a hollow which is bordered by the main Palakondas to the south and to the east by a patch of the same hills casting north for the Lankamalas on Penneru`s other side. According to the 2011 census, the city has a population of 344078.

The magnanimous hills of the western and Eastern Ghats stand on either sides, shielding it from the extreme winds of summer and winter. The waters of Penna River meander through the lands of Cuddapah cleansing its spirituality. Cuddapah is rich in minerals and has an abundance of forests and rivers.

The region of Cuddapah district where minerals are abundant is called the “Kadapa basin.” The tectonic plates which rise up from the deep layers of the earth brought many minerals like limestone, barytes, kaolin etc in to the surface layers. Recent discoveries of the uranium deposits which are presumed to be the world largest deposits have added many thrills to the region and also to the nation. The region including the Nallamala Forest range are characterized with quartzite rocks. Limestone and dolomites,  chrysotile asbestos, bedded and vein barites,and steatite, besides occurrences of base metals,  phosphorite, diamond, uranium and abundant building and ornamental stones are the found here!

The rivers used to be the major source of trade and transport in the ancient and medieval periods. Penna along with its daughters besides satisfying the thirst of the flora and fauna of the Nallamalla region, also play a major role in the climatic conditions of Kadapa.

Deccan Plateau land forms makes Cuddapah a home for many surprisingly unique landscapes. For example, the stimulating Gandikota and the scintillating Pushpagiri all have paradoxical attributes of serenity and wilderness! The altitude here varies from 300-900 m above sea level.

Placed among the largest forest range, Nallamalla Forest is a dense thorny forest that is located in the Southern Andhra Pradesh region. A larger part of the YSR Kadapa district is inhabited by this forest. The forest shelters multi-variegated flora and fauna. The potential revenue for the state from the products of the forest is huge. Rare form of sandalwood is abundant in this region. However, most of the terrain till this day remains unexplored which signifies the thickness of the forest.

The climate of Cuddapah is moderate during October, November and February. This will be the best time in the year to visit Cuddapah. Summers are usually very hot (sometimes the temperature rises to 50oC) making the place one hottest places of the region. However, winter, rainy and spring seasons are pleasant without any extremities!

Cuddapah has the image of being god’s own place. The lakes like “Devuni Kadapa Lake” and the lake at “brahmagiri matam” provide a reminiscence of the almighty presence in these beautiful lands.
There are many other lakes in and around Kadapa, some them are:

Dams and Canals in Cuddapah

The irrigation of water from rivers are mainly carried through Canals. The major projects include
Other medium level projects include Lower and Upper Sagileru Projects (LSP & USP), Pincha Project, Buggavaka Project, Annamayya Project. 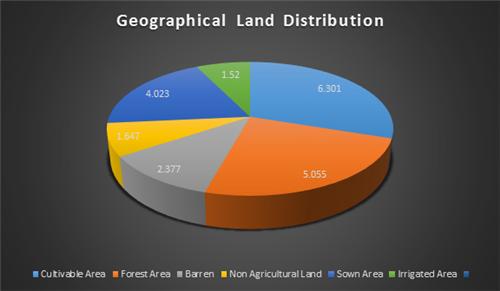