Kadapa, being adjacent to Tirupati holds a prominent place in the hearts of the people of South India. A lot of people visit the place before visiting Tirupati. Vontimitta temple is their first destination even before they go to the Tirupati itself. Hence, It is easy to understand the religious importance of Kadapa among pilgrims and locals both. Apart from Vontimitta, there are many temples, churches and mosques are located all over the district of Kadapa. Let us take a glimpse at all of them here. 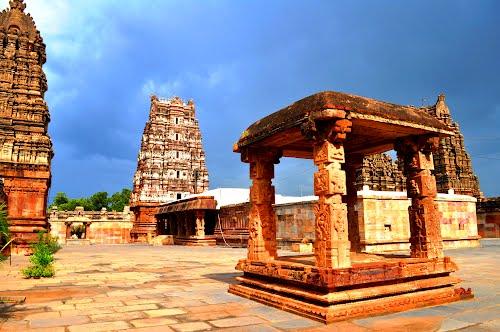 There are many famous temples located in the district of Kadapa. They all represent different deities and had their own prominence in the eyes of pilgrims. Let us take a look at some of the famous temples of the area:

Located at a mere distance of 28 Km from Kadapa, Vontimitta is known for the Sri Kodandarama Swamy Temple. The temple is dedicated to Lord Rama and is 450 years old. As per the legends, the temple was built in a single day by the two devotees of Lord Rama namely Mittudu and Vontud. While building the temple, they became statues and sacrificed their lives. Those statues can be found on the doorways of the temple even today.

Earlier known as the Buddhist centre of the Rayalaseema region, Nandalur is most famous for its Sowmyanath Temple. The temple is famous for looking like Thiruvannamalai which was ruled by the Cholas, Pandyas, Pottapi, Vijayanagara and Matli Kings. Apart from this, many caves of Buddhists are located here. 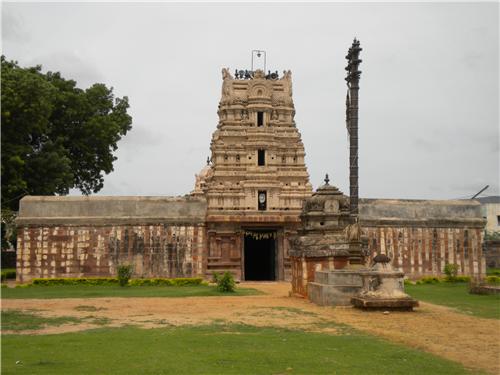 Veera Anjaneya Swamy Temple is the most famous destination of Gandi. The temple was built , on the foot of a hill, in the west side of the River Papaghni by Tirupathi Seshanna in 1911. As per the legends, this area was visited by Lord Rama while returning from Lanka. Father of Anjaneya, Rama Vayu placed a wreath of flowers to welcome Lord Rama and Lord Rama made a figure of Anjaneya on a rock before leaving the place.

Known as the Second Hampi, Pushpagiri is home to many temples and religious places. One of the most visited temples of the area is Chennakesava Swamy Temple. Apart from that, the holy peetham of Sankaracharya is also found here only in entire Andhra Pradesh region.

There are many churches located in the city including Town church and CSI Central church. Although, both of them serve the same purpose, latter one is more famous among the people of Kadapa. One of the reasons behind it is that, this church serves as the head quarter of CSI Rayalaseema diocese. St Mary’s Cathedral is another church located in the town.

Just like the churches, there are many mosques located in the vicinity of Kadapa including Jamia Masjid and Masjid-e-Azam. Masjid-e-Azam is one of the most popular mosques of the area and is located near the Gandikota Fort. The mosque was built in Persian style in 17th century during the reign of Aurangzeb himself. Ameen Peer Dargah is another famous religious place of Muslims in the area and is visited by many.


Explore more about Tourism in Kadapa